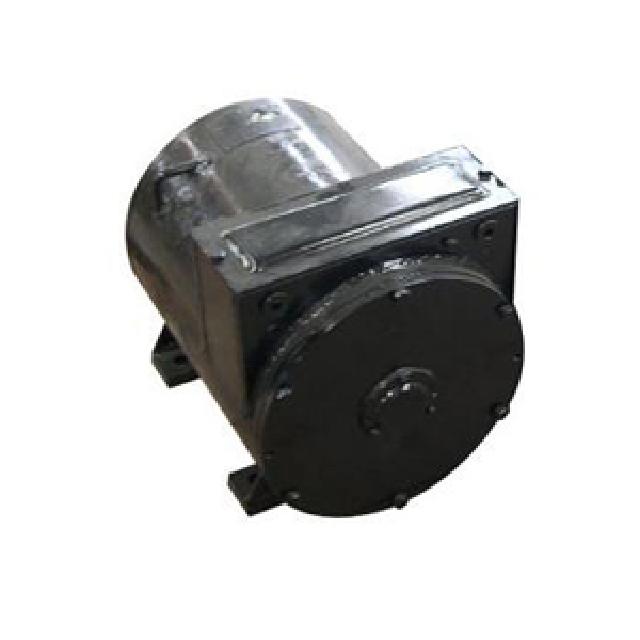 source of technology    The track traction motor is a traditional product of our company. The company's predecessor was Dalian Traction Motor Factory. It is the vice chairman unit of the Traction Electrical Equipment Branch of the China Electrical Equipment Industry Association. The company has excellent research and development capabilities and strong production capacity for the track traction motor. Open up the market and escort.Technical characteristics    Wired mine electric locomotive is a kind of transportation equipment commonly used in small and medium mining areas. It is used for the transportation of minerals in general metal mines or coal mine main roadways. At present, the domestic metallurgical and mining enterprises' self-operated quasi-gauge railways are operating DC tethered quasi-gauge industrial and mining electric locomotives in 80t, 100t, 150t, 200t, 224t and other series. There are larger tonnage industrial and mining electric locomotives abroad. With the increase in vehicle tonnage, the power of the traction motor is also gradually increasing.    In the field of mining, especially the relatively harsh operating environment and the mountains and undergrounds with different altitudes, rail transit has unique advantages. Especially in electric traction, DC traction and pulse current traction motors currently maintain a dominant position. Their characteristic is that they are powered by transformers installed on locomotives, and can be used to manufacture motors that are not controlled by fixed grid voltage. At the same time, the structure of traction motors is compared. It is compact, light in weight, and has good running characteristics. Not only are traction locomotives widely used in domestic mining fields, but also traction locomotives in foreign mining fields have always been favored.    Based on more than 30 years of experience in the development and manufacturing of traction motors for mining locomotives, DC ZQ, ZBQ series and AC YQ, YBQ series traction motors for 8~40T mine locomotives, DC ZQ, and 100~350T mine mainline locomotives have been completed. ZBQ series and AC YQ, YBQ series traction motors are developed for the entire series, with power levels ranging from 3.5KW to 520KW, and mass production.